Israeli Series: I’m a volunteear in the Israeli Army

am sitting at a table with Simo, on a flower-filled terrace, at a café right next to David’s tower, in ancient Jerusalem. This is for sure our favorite coffee shop. On the edge of the wooden platform of the table is written in yellow the verse in 2 Chronicles 7:14: “If my people …”. In fact, it is full of Bible verses everywhere.

We have been here for a while because I told the bartender that I really like Shaclav, so he brought me 2 cups of Shaclav in addition to what I already ordered; so we decided to write sketches for future blog projects. 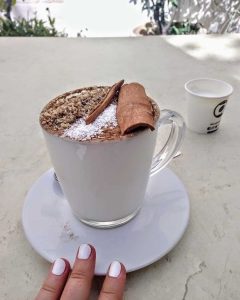 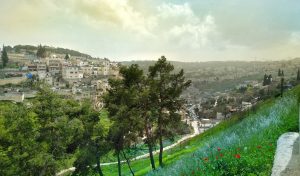 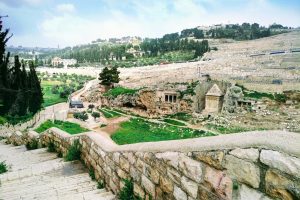 The place is packed with tourists and if you walk away from our table, it smells like nard mixed with the smell of old walls and fresh air. At our table, however, the most dominant smell is, of course, the smell of Shaclav.

A few days in Jerusalem and I always have the same feeling: that nothing is impossible, that everything I have ever dreamed of can become a reality, that I am 100% free and there are no limits, plus peace in my heart and silence. 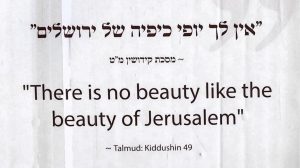 Is still warm even if is autumn here; it will probably be winter tho’ when you read this post. We wanted to see Masada at sunrise and walk a bit through Israel this weekend. It turned out that we stayed for the beautiful sunrise in Jerusalem and the every night feast at the Western Wall.

We are volunteers in the Israeli army.

This is the main reason why we are here. We just finished the volunteering program and decided to spend some more time in Jerusalem before returning home.

The military base we were in this time is the Academy of Officers and Leadership, and it is located in the middle of the desert. We were in an international group of volunteers and it was the quietest army experience I have had so far. The soldiers here are much more serious and disciplined, most likely because they all want a military career or at least to serve their country a few extra years. 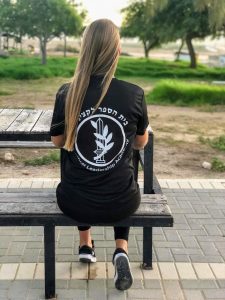 Today’s Israel is a country that has recently been reborn. The Jews were for a long time confined and deprived of their liberty before returning home. And since they returned, they have gone through war after war to preserve the freedom they have acquired.

I have in mind the exact picture of what it means to be an Israeli, but it’s so complex, hard to describe. Imagine that you put together a degree of freedom of expression that is not easy to imagine for Europeans, with the representative charm of the mystery surrounding the Middle East, with such a casual, even sharp, sincerity; culture, history, spirituality, many symbols and a well-hidden maturity, produced by many wars and a life lived in a country where the struggle for survival is so real and present. Makes sense?

Not only are the people more temperate in this military base, but also the level of difficulty is. Simo and I know what it means to have only the bare necessities, to take a bath while freezing, to paint the registration number and check the humidity of hundreds of tanks, experiences we had in previous bases. Here they have a swimming pool, we did Krav-maga, the work is much easier and less, and we worked all the time in offices and with a roof over our head. Oh, and did I mentioned the food? It was amazing!

However, the feeling I usually get in the army was so present. It is the same feeling that I have in a vacation where I manage to completely disconnected, but is a way richer one in experiences.

After I got into the rhythm of living that basic life, only with the bare necessities, after starting to know the soldiers and volunteers, we slowly became friends and the conversation becomes more and more interesting, it feels as if all my life before the army is gone, and my reality is here and now, and it always will be. We are free to visit Israel in the weekends, but when the weekend ends I always look forward to returning to base. 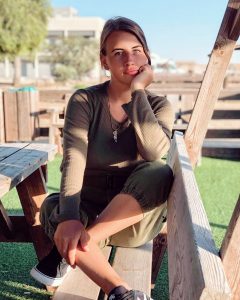 There’s much to tell when it comes to my days in the IDF. I could write a book.

What I want to “talk” to you about tho’ happened within an hour at one of the evening activities.

An officer came for the second time to talk to us. He is here because he “builds” units. Through thinking exercises and other tactics, he educates his soldiers and trains them so they end up thinking as a unit. As a result, powerful relationships are created, that go as far as being sacrificial.

You can probably imagine that I was very interested to find out everything I could about how the army manages to do this. The first time he was at our activities he did such an exercise with our group of volunteers; we were people from many countries who just got to know each other. We came from different cultures, with different mentalities and with very different life experiences, just like the Israelites. And yet, the Israelis built a very strong country together.

“For the most part, this effect is caused by the army,” said “B” (the officer). Because the army has teached generation after generation, that the one fighting next to you is your brother, and when you leave the army you do not stop being a soldier. Whenever the country needs you, you must be present, ready to bring your attribution in its construction or defense.

But this time he did another exercise with us. One that had more to do with the world they live in, the conflict, the decisions making of life and death. And he told us the following: He was an officer of a unit and he was at that point in a tank, on the border with Gaza.

After some hard days, full of missions, they were ready to go home and rest. He hears the voice of the commander from the radio station saying that his informants had confirmed that terrorists from Gaza were planning to enter the houses in Israel, near the border, and kill people, tonigh. He said that they are the closest unit to the terrorists’ home.

Tired, they start watching the activity in the house. An hour, two, three passes; nobody comes out. He announces his commander; the commander insists it will happen tonight. They go to sleep and make a watch one by one. An hour and another goes by.

While he was telling us the story, he drew a map on the whiteboard. The house of the terrorists, the road in front of it, the forest, the border, the road they were on with the tank and then the households across the border. A few more hours passed in the story and early in the morning, when it was still dark, the soldier on guard woke him with a worried look on his face. The four terrorists left the house. He tells us that he pointed the cannon from the tank toward them as he turns off the light in the room we were in. Through the observation gadget he sees that there are 3 children near the terrorists. What were the kids doing outside at that time? He announces his commander that if they were to carry out the mission, these children would be collateral victims.

He plays for us the recording from that night. We can hear the voice of the commander telling him in Hebrew to decide quickly because he has 8 seconds until the terrorists come out of their field of vision. They could no longer see them once they entered the forest, nor did they know in what direction they would follow. In the locality where the terrorists wanted to enter, among many others lived also the cousin of “B”.

“What would you do?” He asked us. It is still dark, the commander still speaks on the record and “B” comes to my ear and shouts gravely: “Come on Ester, you have 8 seconds: decide! Do you take the shoot or not? Come on, decide! You only have 5 seconds left. Decide! Three … two … “and he passed on to someone else. “Come on Ema, decide! You have 8 seconds, decide …!”. We were all smiling in a cynical way and no one was speaking. I knew there was no right answer to this question. I knew that whatever I chose, tonight children will die in Gaza, or will die in Israel.

This story has an ending, and after “B” made for us a sketch of what went through his mind in those 8 seconds and made us take a decision of our own, he told us what he eventually did.

I will tell you what he did as well, but first, decide what would you do if it would be your country we would be talking about, and please write the decision you made in the comments! 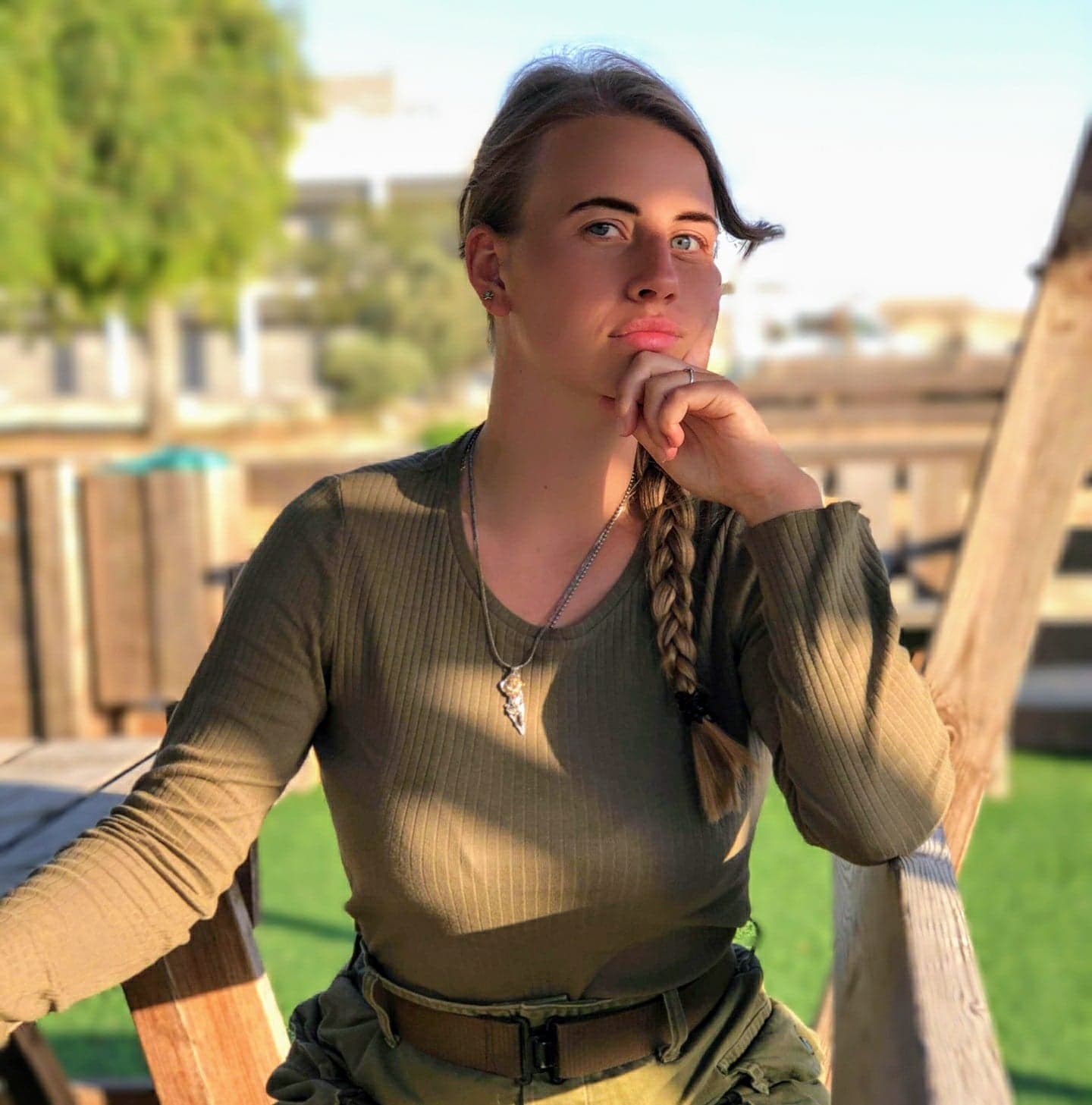 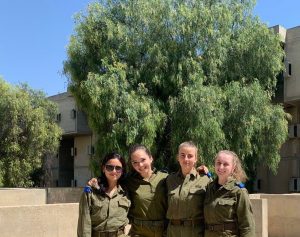 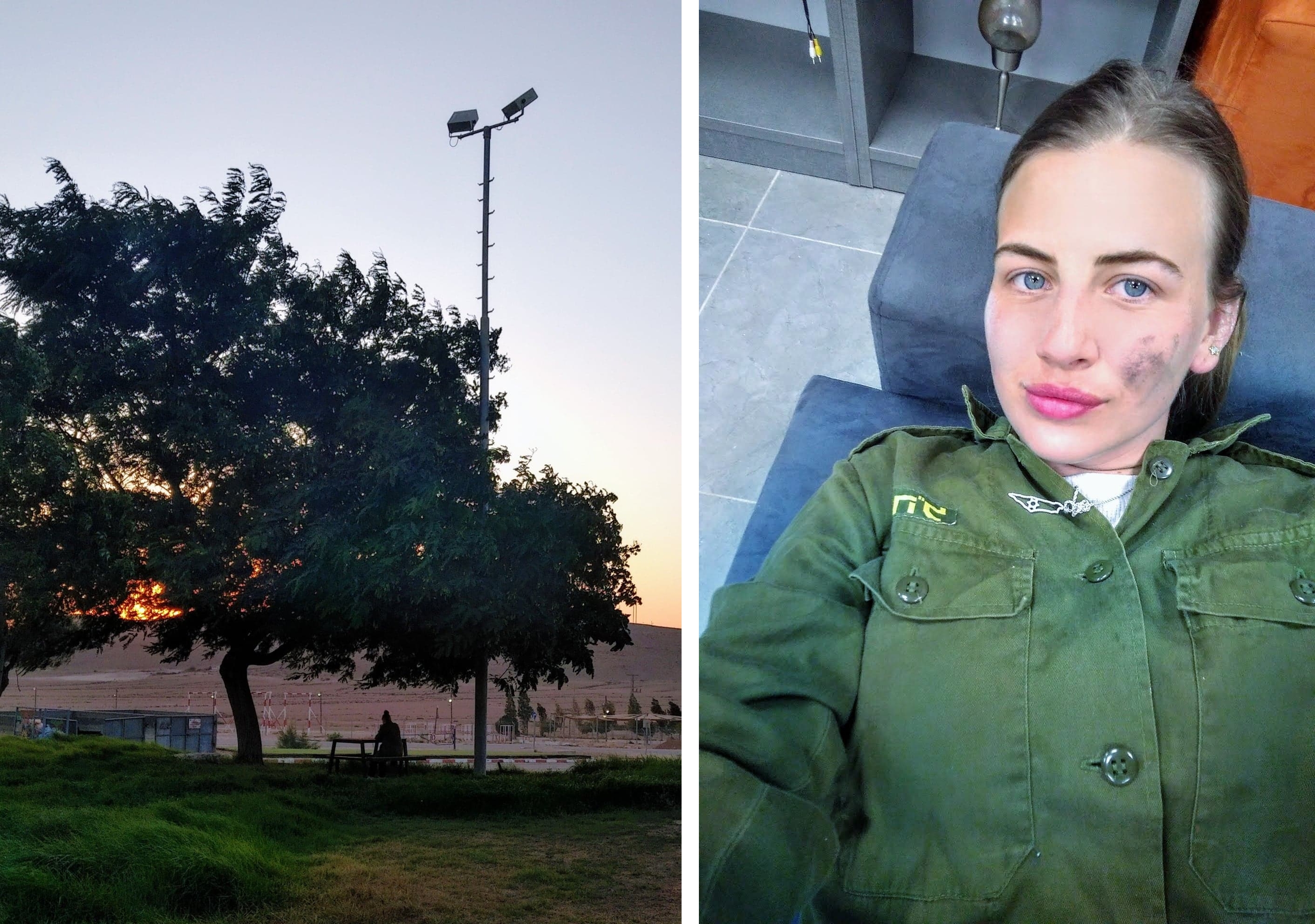 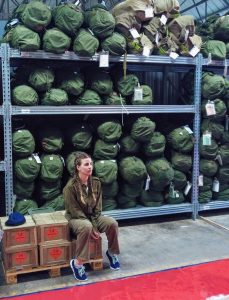 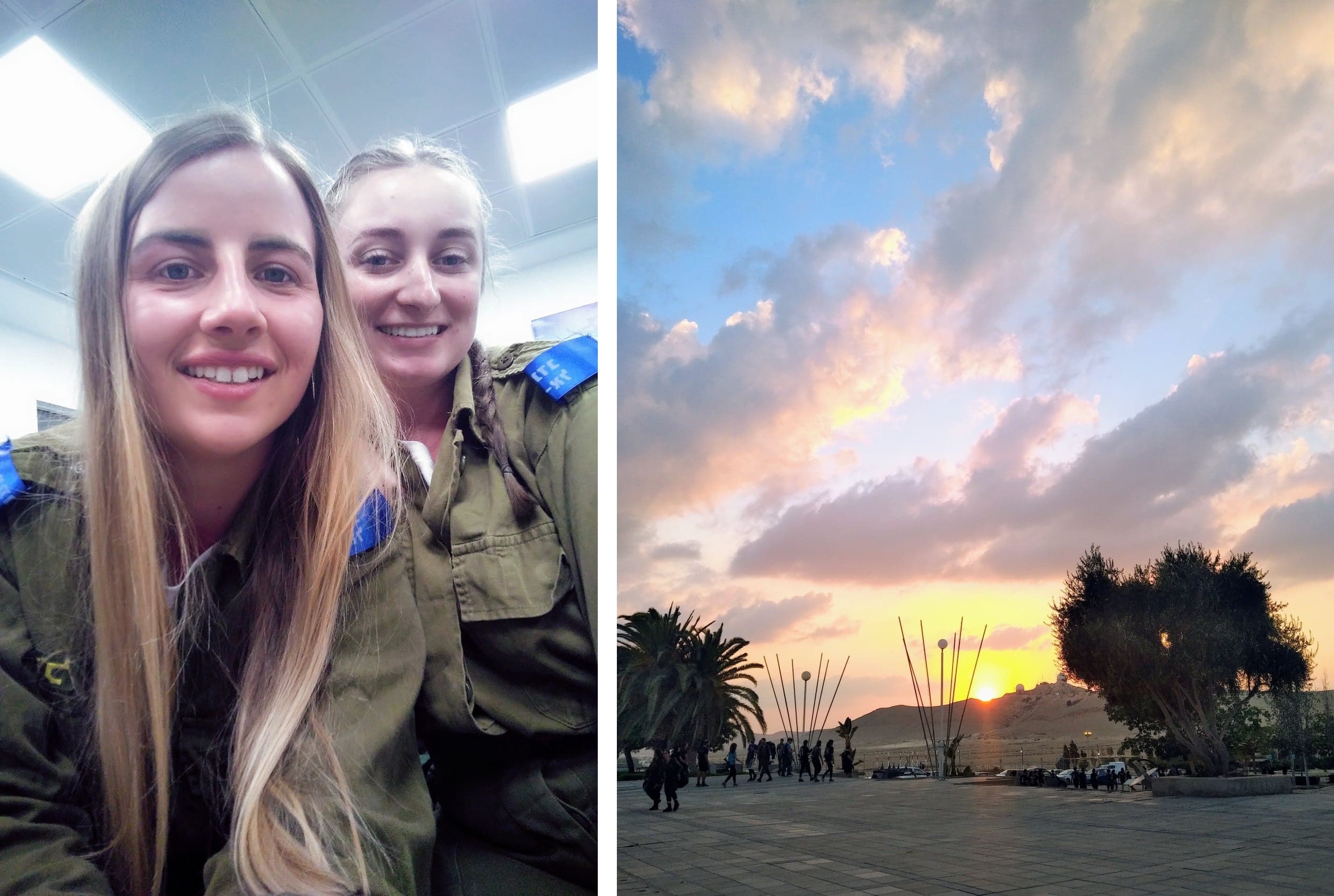 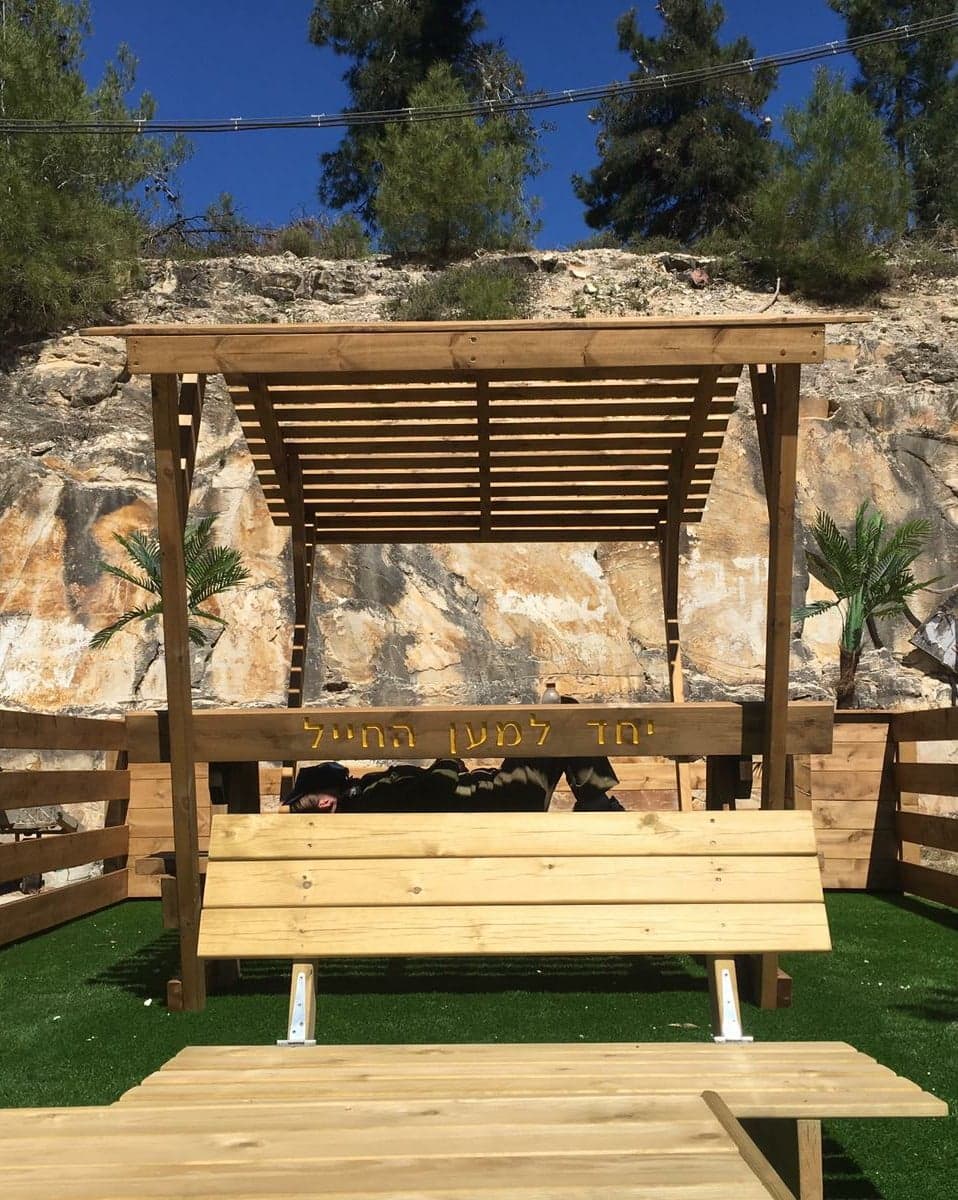 One thought on “Israeli Series: I’m a volunteear in the Israeli Army”